If you check out this month’s Glamour magazine you may spot an advertorial for Timberland that I styled way back in July.  What I didn’t realise at the time was that the shoot was also due to be used in Schuh stores to promote the Timberland brand, including a prominent display in the main shop window on Oxford Street – so exciting!  Attached are some images from the shoot, both as they appear in Glamour and in-store, and also some cheeky behind-the-scenes shots showing how we turned a gloriously sunny summer’s day into typical British autumn. 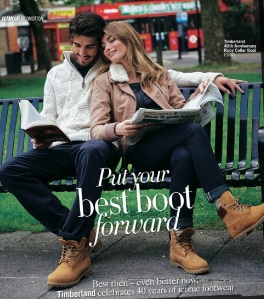 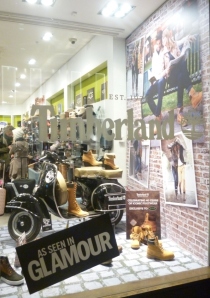 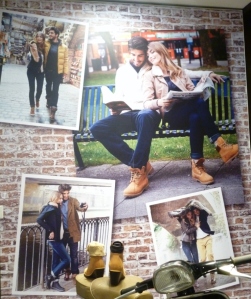 Supersized images in store, accompanied by Timberland boots and a rather snazzy scooter

Shot in Camden market and the surrounding London streets, this was a really fun day.  Everyone on the team was fantastic and we had a giggle trying to recreate rain using a pair of 99p store watering cans.  It certainly attracted attention… 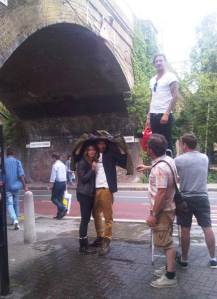 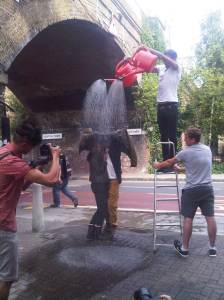 Recreating rain on the aptly named Water Lane (who’d have thought we’d have to fake rain in London?!)

All in all it was a fun days work and as you can see by the number of shots, it was also a productive one.  Furthermore, with this season’s trend for chunky boots it’s never been a better time in invest in a pair of Timberlands (and that goes for you too girls).  Pick up a pair of these durable, waterproof classics and you’ll be stomping your way through autumn. 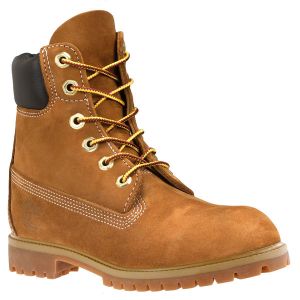 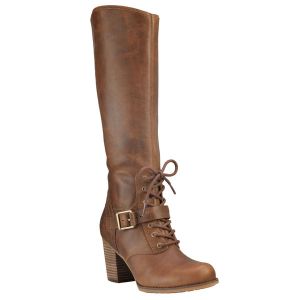 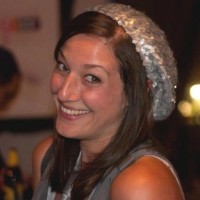